Siege and Storm by Leigh Bardugo

Siege and Storm is the second book in the Grisha triology by Leigh Bardugo. You can read my review of Shadow and Bone if you want to. Obviously the first book was good enough for me to read the second one as well. This review will have spoilers if you haven’t read it yet.

I got very frustrated in the beginning of the book when they got captured again, so fast! I felt it was kind of pointless that they escaped in the previous book only to get caught again so fast. Even when conitue reading I still think it was a unneccesary event. It created a good ending to the first book though, wouldn’t be much of a end if they continued to be captured by the Darkling.

I liked this book and I will probably read the third one as well. It’s such a bummer my local library doesn’t have the third book in the series. They only have the first two books (in both Swedish and English), but not the third book (in any language). How frustrating!

Back to the book,  the story continues and has a fast pace throughout. I like prince Nikolai, I’m not sure if I’m supposed to or not, but I do. I guess I get a bit bored of Mal, her childhood friend and her love interest. In the beginning of the first book he’s a flirty guy who’s quite confident. That side gets lost as the books goes on. I did like the fighting scene that shows he does have a different side and is not just moping around drinking which seems to be what he’s doing in this book.

In the book they prepare for war or a larger fight, they don’t know when but they know it’s coming. It came as a big surprise and I love how Leigh Bardugo did that! All hell broke loose in a way I did not expect. It was a great plot twist!

I can only continue to praise the covers for this series! I love this one even more because of the popping colours it has. They have really hired a great illustrator because the detailing is perfect. I also love how they have incorporated the title into the design. It’s not on top of the design, it’s in the design and I love that. Great work! This is a series I really could buy to have on my shelf because it’s so well done. 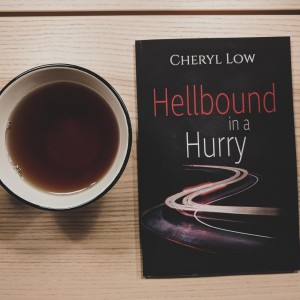